Registration for this catalog closed on July 30, 2008.

Those who registered for the catalog through BPNW will be sent receipts on August 2-4. Please DO NOT SEND new registrations after July 30.

The company wants to be able to update the 38-page guide often, as new risks and new safeguards need to be publicized; and it wanted to test the quality of Amazon.com’s POD program.

The book is also available as a PDF at www.ParentingPress.com.

Written by Linda Carlson, who creates Parenting Press’s monthly newsletter for parents and quarterly newsletter for parenting education professionals, and writes for the Independent Book Publishers Association’s newsletter, “Internet Safety and Your Family” points out that even if your own family isn’t online, the Internet has all sorts of information that cyber criminals can use to stalk kids or parents, or to spoof, phish or bully. Almost all of this personal data is free—and it doesn’t take a computer geek to find it. The guide emphasizes that parents may inadvertently be putting their families at risk by what is posted to personal blogs and web sites, and to user groups.

The concise overview also explains how to research what is online about you and your children, how to control spam, hackers, viruses and access to risky and offensive web sites, and how to report cyber harassment. It describes virtual worlds, social networking, and how kids can be abused online.

Rosemary has a new book out

BPNW member and blog editor Rosemary Jones has a new title out: Encyclopedia of Collectible Children's Books. This hardback from Collector Books was co-written with Diane McClure Jones.

It's summer and it's time to have some fun. The Seattle Graphic Artists Guild is hosting a FREE Bad Art Party on Weds., July 16, 6-8 p.m. for Guild members, not-yet members, and their friends. At beautiful, parklike South Sound location, 20 minutes from downtown Seattle, the Guild will supply tasty snacks, wine and soda, cool prizes and some art supplies: gluesticks, glitter, macaroni, and paper to mount what they hope will be messy bad art pieces.

Patry goers should bring paper, scissors (but no rocks!), and magazines to cut up, and as well as any other art supplies desired.

To attend, you must RSVP for directions to: kjbateman@q.com

No BPNW meetings in July or August

Although Book Publishers Northwest takes a break from regular meetings in July and August, check out these events for publishers and writers happening in the NW.

Our next regularly scheduled meeting will take place on Sept. 18 at Good Shepherd Center.

Book Publishers Northwest has started a Yahoo Discussion group for members to post questions and make connections with other members. Special thanks to Miryam Gordon, Green Elms Press, for volunteering to moderate this group.

For directions on how to join this discussion group, e-mail bpnwnews@aol.com 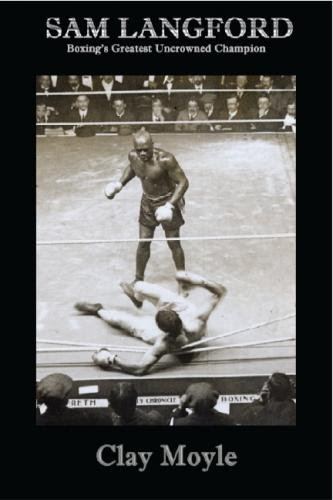 Bennett & Hastings Publishing recently announced that the Nova Scotia Department of Education has selected one of their recent publication Sam Langford: Boxing’s Greatest Uncrowned Champion as a standard text for distribution within the province.


At the time of Sam Langford’s induction into the Boxing Hall of Fame (October 1955) he was the only non-champion accorded the honor. This detailed biography tells Langford’s life story and helps explain the circumstances behind that unique entry into the Hall of Fame. In 1999 Sam Langford was voted Nova Scotia’s top male athlete of the twentieth century.

The Small Publishers Association of North America (SPAN), a national trade association dedicated to advancing the interests of independent publishers, launched a campaign to generate support for the class action lawsuit Booklocker.com, Inc. vs. Amazon.com, Inc. The SPAN board recently voted to publicly support the lawsuit.

Booklocker.com, Inc., initiated the class action antitrust lawsuit to challenge the legality of Amazon’s new policy requiring print on demand (POD) publishers using the company’s distribution services to print their books using Amazon’s subsidiary BookSurge. The lawsuit states that Amazon is illegally tying the BookSurge printing to Amazon’s distribution services. According to antitrust law, companies generally cannot require a customer to buy one product in order to have access to another distinct product.

Through its campaign, SPAN aims to generate significant public pressure to compel Amazon to reverse its new policy. The campaign is built on two objectives: To collect 10,000 signatures on a petition that will be sent to Jeff Bezos, CEO of Amazon, and to unite 100+ writer and publisher organizations in opposing the policy and supporting the lawsuit

“From the public outcry over the announcement of Amazon’s new POD policy, we have an army of enthusiastic writers and publishers ready for the next step in getting Amazon to change its policy,” said SPAN Executive Director Scott Flora. “This campaign is the next step.”

SPAN’s campaign is creating support in five primary ways: uniting voices through the petition; writing letters to Amazon; recruiting other organizations; generating press coverage; and passing the word along friends and colleagues.

In Standing the Watch, 89-year-old Lincoln Brown is in a Seattle hospital when his doctor gives him three months left to live. He chooses to return to his cabin on the Olympic Peninsula rainforest where he can die at peace in his own bed, cared for by his son and daughter-in-law. Weaving excerpts from her medical log which she had to keep for the State with memories, e-mails, essays, and useful lists, R. J. Brown gently shares what it took to stand the watch of her beloved Poppa's final days.

Bookstores, libraries, and other book buyers are looking for
your books. Can they find them? Learn how to sell more books
by effectively using Bowker's Books in Print and other free
services.